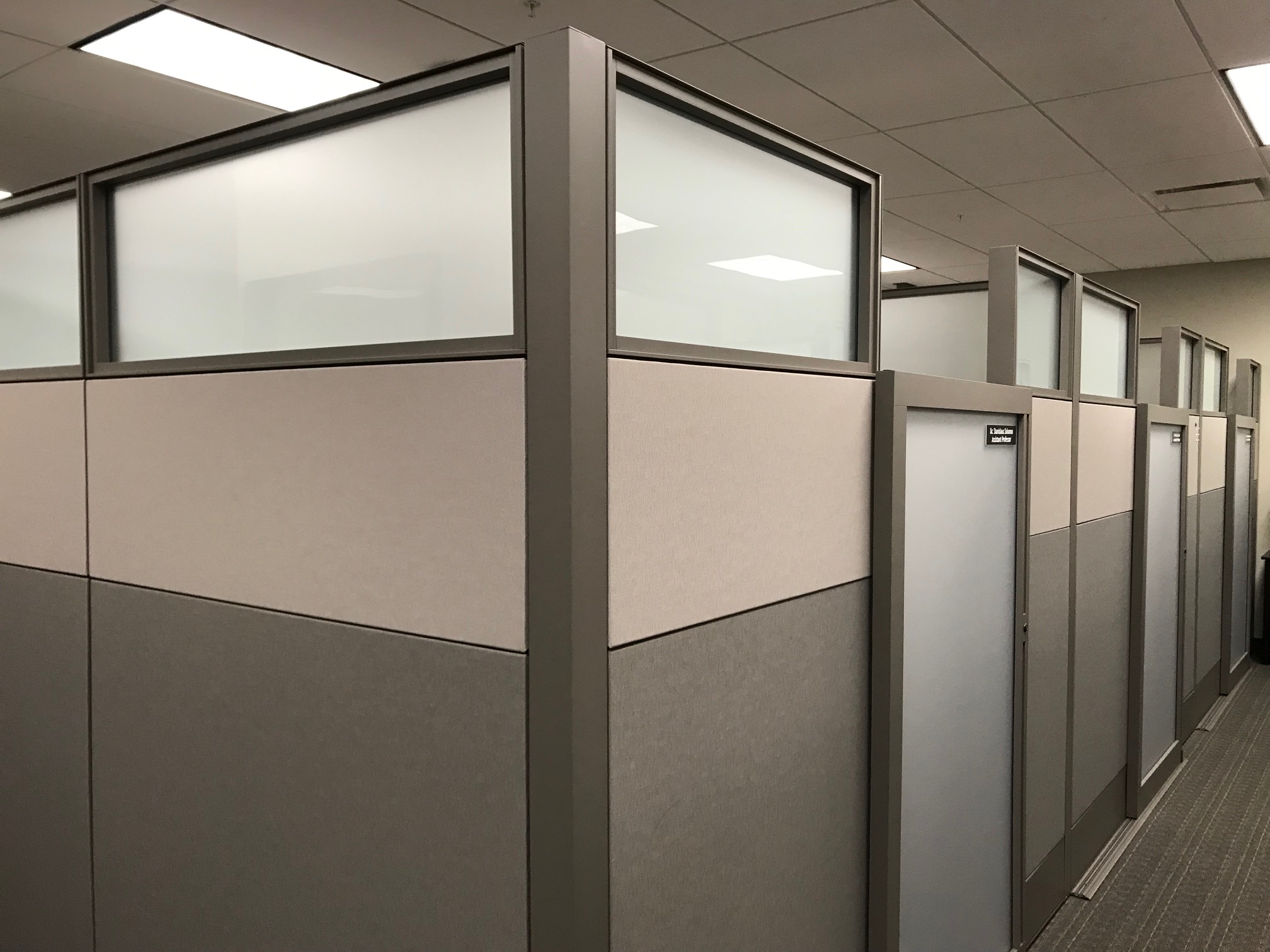 Due to renovations of Founders Hall, one of the older buildings on campus, it was necessary to move occupants to temporary office space during construction. This necessitated development of the “Swing Space” which would be used first by the School of Business followed by other Schools as Founders Hall construction moved through that building until it could be completed.

The Swing Space offices were created using Haworth Compose Panel Systems for workstations and offices. Faculty occupying the space were provided sliding doors to their workstations to afford them privacy and security. Glass toppers were used to allow for both a private, yet open feel to the space.

After the first phase when The School of Business was able to move back to their permanent offices in Founders Hall, The School of Education moved into the space after some simple modifications to the layout. Changes were easily accomplished due to the flexibility of the Compose Systems furniture.